A member of the Fresh Wave IAQ blog editorial team recently went on an expedition to Las Vegas to see how casinos and hotels fared in Sin City when it came to dealing with foul odors.  Here’s his first-person perspective on what he learned on the trip.

It was approximately a decade ago when a vast majority of cities around the U.S. banned cigarette smoking in bars, restaurants, and hotel lobbies. Prior to this, many of us were simply used to being around cigarette smoke in virtually every drinking establishment, concert venue, and eatery. It’s just how things were back then.

It only took a short time after smoking bans went into effect that we all became acclimated to not having secondhand smoke around us, or not having to deal with smelly clothes after an evening out.

When I walked into a major Las Vegas hotel and casino, I was stunned by an odor cocktail of cigarette smoke and air-freshening chemicals. It was a smell that reminded me of seedy establishments on Bourbon Street in New Orleans – and this is not necessarily a good smell. 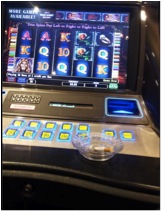 Once I got over the shock of seeing people smoking indoors, I decided to walk the entire floor of the casino and see if there were any odor-free areas. Alas, only the convention center – where smoking is banned – did not smell (and even then…). Otherwise, a stroll through the casino left my clothes smelling like smoke and chemicals.

One of the beauties of Las Vegas – and New Orleans for that matter – is that it’s a town where you can truly let off steam. As such, it is understandable why lawmakers in Nevada are not rushing to pass legislation that bans indoor smoking. They want their guests to be free to do what they want, which includes lighting up a Marlboro 100 while playing blackjack.

However, it begs the question: Why don’t casinos seek out better odor management solutions? Solutions that merely mask the odors with perfumes only make things worse for guests and employees.

It is possible to develop a sound odor management strategy with solutions that are both eco-friendly and that actually work. In addition, next-generation odor mitigation is all about safety and effectiveness.

As we see more people being impacted by chemicals in room and air deodorizers, it is time for any public establishment, especially casinos, to take a more progressive approach to odor management.