The Best Smelling Cities in the World (and the Single Worst) 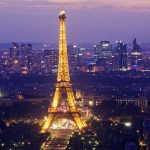 Just as humans have their own distinct smells, so too do cities and towns around the globe. These odors are a unique part of a city’s unmistakable personality and charm, and often leave an imprint on our brains that rises when we think of these destinations.

GQ’s Chandler Burr, their globe-trotting scent writer, has made a list of the 10 best—and single worst—smelling cities in the world. As smell aficionados ourselves, we applaud his nose for developing this one-of-a-kind list.

Many of his favorite smelling cities include the smells that only Mother Nature can formulate. For example, Chandler says that Dallas, Texas, “is best during thunderstorms. The crisp smell of lightning and rain and vast flat space pervades and takes on a three-dimensional quality.”

In Mombasa, he loves the smell of “rough terra cotta baked by the sun,” and in San Francisco, the “soft clouds, smooth pine, sharp eucalyptus, and cold ocean.”

And Chandler says New Orleans, “exudes the South’s signature perfume from every street corner. It’s a thick, soporific scent of humidity penetrating wood porches and plaster walls; dead moss; and the Mississippi’s fresh water colliding with the brine of the Gulf.

And what is the single worst-smelling city? It might surprise you – the city of lights – Paris, France. As the scent critic put it, “there’s a repulsive odor that wafts from the RER train system.” Mix that with cigarette smoke, dogs that aren’t always picked up after, and you have a recipe for a city badly in need of the right odor management solution.

The true smells of nature can’t be replicated. That is why our product line aims to eliminate foul odors, but not replace or mask odor with fake nature scents. Clearly, nothing can truly replace Mother Earth’s work.